It's 100 years since Richard 'Ginger' Townley Johnson arrived at Wynberg Boys' as a reluctant schoolboy (is there any other sort?- Ed), and his arrival is memorably recorded in the words of Mrs Lucy Clegg, wife of the then Headmaster (the Junior & High Schools were still a single institution in those days), Mr William 'Bill' Clegg:

"Clifford Askew was immaculately dressed - holding my other hand was Ginger Johnson. His shirt was hanging out below his blazer, his stockings were over his muddy shoes, and he kicked on the shins."

Ginger's inauspicious arrival could not have been further from the man he was to become: 1st XI cricket captain in 1929, and a member of the 1st XV rugby team - both sporting passions would serve him well in later life when his rare talents as an artist and skilled caricaturist, whose work for decades was a staple of Cape Town's daily papers, were to reflect local and international sporting icons of the times.

Beyond these skills, his passion for discovering and preserving the indigenous rock art of the Western Cape, his books on the subject, his extraordinary work in lifesaving on the Cape beaches (with his family, credited with saving over 100 lives), Ginger was often called to assist the Mountain Club "to help people who'd got into difficulty along the treacherous area between Oude Schip and the Sentinel at Hout Bay."

Where Ginger would today be held as an exemplary example of living life to the full across all four pillars of Wynberg -  Sport, Academic, Service, and Culture - it remains his unfailing passion for his Old School and our Old boys' Union that resonates so strongly, nearly 30 years after his passing:

"His pen recorded much of our history, and his caricatures are everywhere - the Museum holds several, including members of the 1973 Matric class, and another of Wynberg's English International Rugby players. The Bill Bowden Pavilion's walls are adorned with amusing renditions of Headmasters past. Study them not only for the main figure but the background, which tells you much more."

Ginger's unique photos in his albums in the Oude Wijnberg Museum, his Wynberg-specific caricatures recorded in countless school magazines across the decades, and his letters to Old Boys' Union Secretaries over the years quite likely, in modern terms, would place him as the inspiration, if not the originator of 'Wynberg Social Media'.

A #WynbergMedia article for #Wynberg180 - With grateful thanks to editors of the School Magazines from 1924 to the present day. 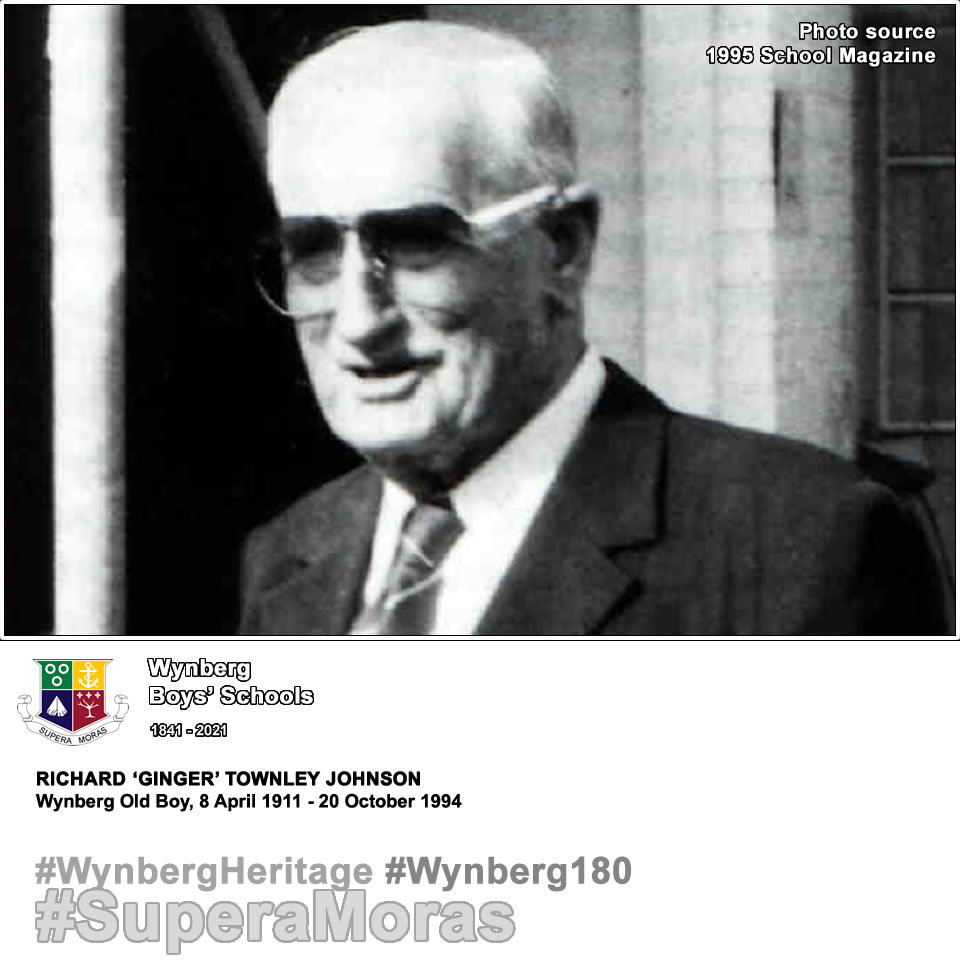