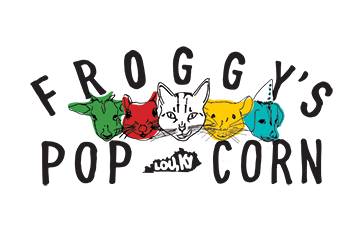 Can you guess how many are in our 64oz jar? The person who comes closest to the exact number of kernels will win a year’s supply of gourmet popcorn and a gift basket courtesy of Feeders Supply.

After entering, please consider donating $2.00 to this month's advocacy partner, the Shamrock Pet Foundation. Donations are not required to enter the contest.