Enter for a Chance to Win a Galley of Hench by Natalie Zina Walschots! 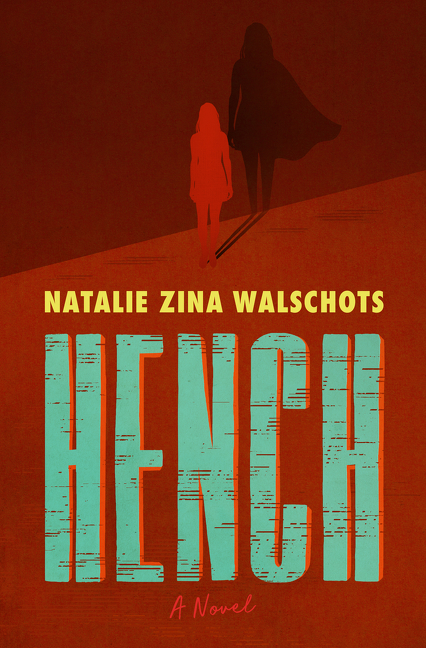 A smart, imaginative, and evocative novel of love, betrayal, revenge, and redemption, told with razor-sharp wit and affection, in which a young woman discovers the greatest superpower—for good or ill—is a properly executed spreadsheet.

Anna does boring things for terrible people because even criminals need office help and she needs a job. Working for a monster lurking beneath the surface of the world isn’t glamorous. But is it really worse than working for an oil conglomerate or an insurance company? In this economy?

As a temp, she’s just a cog in the machine. But when she finally gets a promising assignment, everything goes very wrong, and an encounter with the so-called “hero” leaves her badly injured. And, to her horror, compared to the other bodies strewn about, she’s the lucky one.

So, of course, then she gets laid off.

With no money and no mobility, with only her anger and internet research acumen, she discovers her suffering at the hands of a hero is far from unique. When people start listening to the story that her data tells, she realizes she might not be as powerless as she thinks.

Because the key to everything is data: knowing how to collate it, how to manipulate it, and how to weaponize it. By tallying up the human cost these caped forces of nature wreak upon the world, she discovers that the line between good and evil is mostly marketing. And with social media and viral videos, she can control that appearance.

It’s not too long before she’s employed once more, this time by one of the worst villains on earth. As she becomes an increasingly valuable lieutenant, she might just save the world.

Enter for your chance to win 1 of 100 advance reader editions of Hench by Natalie Zina Walschots before the book goes on sale September 22nd. This sweepstakes ends July 13, at 11:59 p.m. EST.

Quote [DELETE IF NOT USED]

“Sharp, unexpected, and hilarious—HENCH takes the classic superhero story and cleverly turns it on its head. Get ready for a delightfully twisted adventure that will make you want to root for the bad guys.” — Peng Shepherd, author of The Book of M

Open to U.S. residents only

Enter your email for a chance to win:

By submitting your email address, you understand that you will receive email communications from HarperCollins Publishers, 195 Broadway, New York, NY 10007. You may unsubscribe from HarperCollins’ emails at any time. If you have any questions, please review our privacy policy or email us at privacypolicy@harpercollins.com.