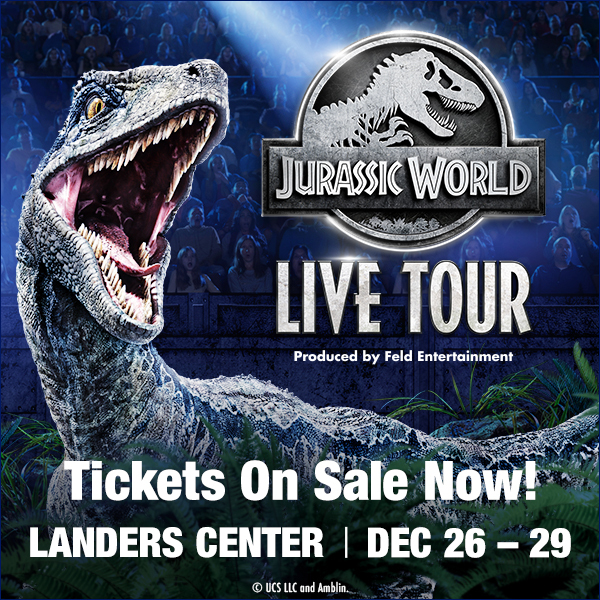 Enter our giveaway for a chance to win a 4-pack of ticket to Jurassic World Live! December 26 - 29 at Landers Center!

A winner has been selected! Thank you for entering and be sure to check out our other contest!