Thanks for your votes! Our poll is closed. We will officially announce the winning names for this year's chicks soon! 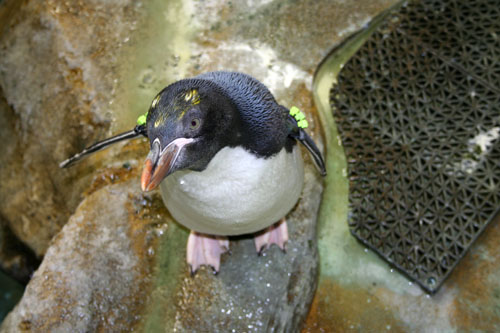 This chick loves to be around keepers and is very comfortable coming in the backup area. Like the Macaroni Chicks raised previously at the Tennessee Aquarium, she has more attitude than you would expect. She isn’t intimidated by any of the other penguins including the big Gentoos. This little bird loves the water, spending hour after hour swimming. She also likes to eat and has a hearty appetite. She is one of the best birds at taking food from the keepers’ hands.

Vote for your favorite name for Chick #1: 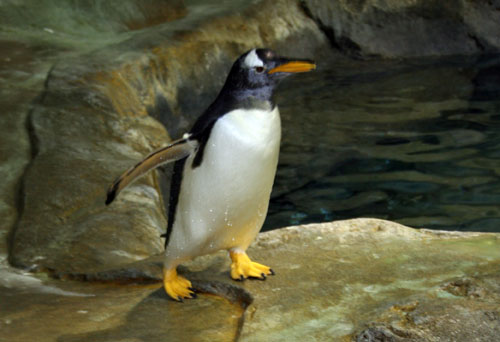 This chick is a big bird! While she doesn’t appear that much heavier than the other chicks, you can see that she has a strong build. She has all the traits of her parents. She has her mother’s picky eating habits and she’s eager to bite and slap keepers just like her father. She is a bit more timid than the other Gentoo chicks, but she stands her ground if another bird gets in her way.

Vote for your favorite name for Chick #2: 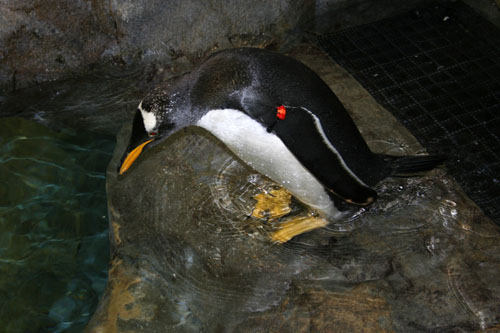 This chick is usually the first to explore a new item or area, although she’s not always as brave as she thinks she is. Like the Macaroni chick, she loves the water and will spend hours swimming. She also loves the food pan. While she can eat fish on her own, she often prefers to guard the pan and give other birds a hard time when they come to eat. She definitely is the most independent of all the Gentoo chicks, and seems to take care of herself.

Vote for your favorite name for Chick #3: 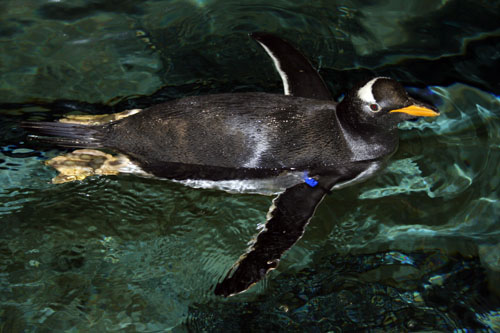 This chick is the offspring of Big T and Bug, but aviculturists transferred her to Biscuit and Blue’s nest. The surrogate parents did a great job raising her. While there are some differences in the behavior between this chick and her sister, they are not all that different. Both penguins love being in the water and both enjoy guarding the food pan. Biscuit remains a good mom, chasing any penguins away that occasionally nip at her chick. Biscuit, Blue and this chick are often observed sleeping next to one another at night. Unlike her sibling, this gentoo chick is a pretty laid back bird, unless there is something new in the exhibit. New hoses or brushes make her nervous. When she sees anything new, she tends to hang back appearing nervous to investigate.

Vote for your favorite name for Chick #4:

Optional: Enter below to win a behind the scenes penguin encounter for you and a guest!