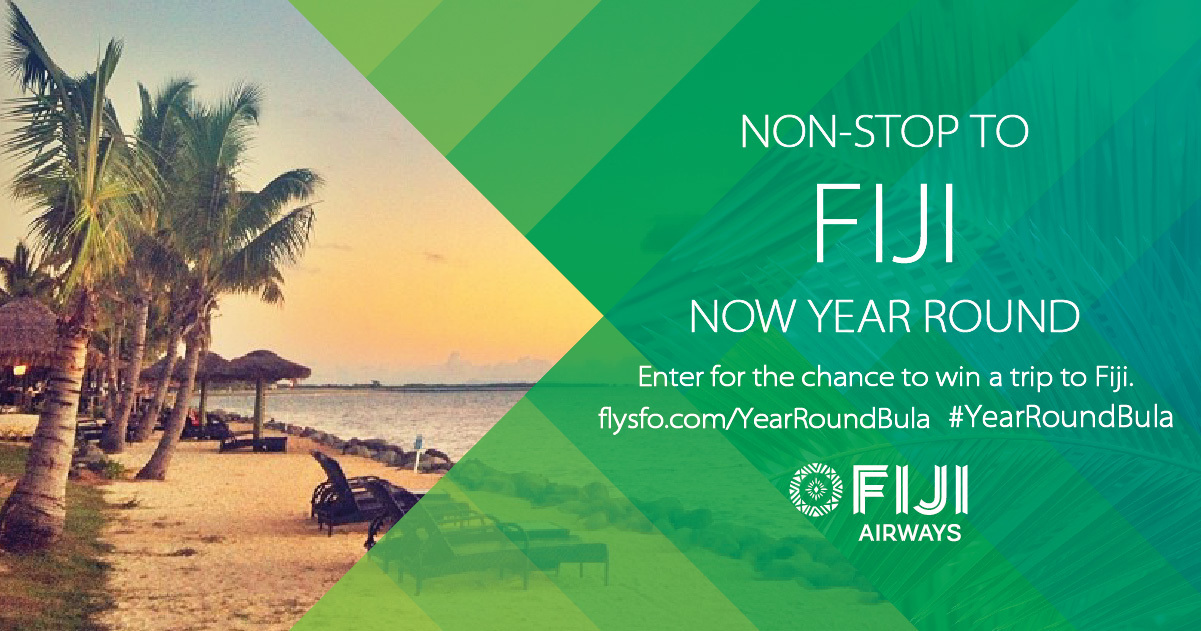 We’re excited that Fiji Airways (FJ) has decided to make SFO a year round destination.

FJ will now offer year-round, non-stop service twice a week operating Thursdays and Sundays. And in January, July and December FJ will increase to three flights a week.

Flying their A330 aircraft on the 10-hour nonstop flight, FJ offers both Economy and Business Class travel options. No matter which cabin you are in, you will be treated to warm Fijian hospitality. All Fiji Airways flights are full-service, and include checked baggage, in-flight entertainment, meals and alcoholic beverages.

Thank You for Entering the #YearRoundBula Trivia Contest!

You have just been entered for a chance to win 2 roundtrip economy tickets on Fiji Airways from SFO to NAN!

Be sure to spread the word and tell your friends and family!

This contest is in no way sponsored, endorsed or administered by, or associated with, Facebook. You are providing your information to SFO and Fiji Airways and not to Facebook. The information you provide will only be used for the #YearRoundBula Trivia Contest and marketing purposes.